Previous Next
Chapman announces retirement after 36 years with Wick 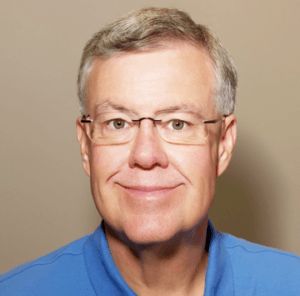 Will Chapman, who for 28 years has served as publisher of The Daily Iberian in New Iberia, La., announced his retirement on Friday. When he was appointed to the position in 1988, Chapman was the youngest publisher in the Wick Communications chain. He retires as the company’s longest-serving publisher and one of its most revered.

Chapman, 61, plans to remain with the company for several weeks to help with the transition in leadership at The Daily Iberian. Wick Communications CEO Francis Wick said an immediate search was underway for the right replacement.

Chapman is a universally respected newspaperman who was born into the business. His first job was a paper route he took as a 12-year-old in Bastrop, La., but in truth, his fate was sealed even before that.

Both of Chapman’s grandfathers were newspapermen. His paternal grandfather was the editor of the Topeka, Kansas, newspaper; his grandfather on his mother’s side was the publisher of The Bastrop (La.) Daily Enterprise. The newspaper’s moniker proved true as it was a daily enterprise for many in his family.

Chapman’s father left his own weekly newspaper in Crossett, Ark., to join the family business and eventually retired as the co-publisher of the newspaper. Throughout those years, the ink from the Bastrop newspaper transferred onto Chapman’s hands and bled right into his veins. He recalls lugging bundles of newspapers back and forth from the press to the mailroom as a teenager. He later trained circulation directors who would subsequently make more than the Chapman boy.

“There was always an odd job or two,” he recalled.

Chapman went on to LSU, where he studied journalism. He was a news editor of the student newspaper in Baton Rouge, and he lined up a job as a circulation district manager at the now-defunct New Orleans States-Item even before he graduated. He had a line on a life partner, too. He and Gladys met at LSU and have now been married for 37 years.

After working in New Orleans, to be nearer to Gladys, Chapman took a job with a group of weekly newspapers just north of Baton Rouge. That was just a pit stop on his way to New Iberia. May 1, 1980, was his first day after being hired as ad manager at The Daily Iberian. Thirty-six years later, he says he originally thought he would only be in New Iberia a couple of years as he thought he’d have to move on to find a publisher’s position.

“I have enjoyed and really value my time at The Daily Iberian,” Chapman said. “The people with whom I have worked, the relationships I’ve made with them and others in the community (mean a lot to me).”

Company CEO Francis Wick said Chapman would be missed throughout the organization. “We are grateful to Will Chapman, and the Chapman family, for their years of leadership and devotion to the New Iberia community,” Wick said. “Chapman’s oversight was second to none. He taught many employees how to think broader and manage better.

“His teachings will have a lasting effect on the Wick company and on myself personally,” Wick said.

The significance of Chapman’s retirement is felt well beyond the New Iberia city limits. He has been active in the Louisiana Press Association for many years and his colleagues outside of Wick Communications say he will be missed across the state.

“He was instrumental in hiring me more than 20 years ago,” said Pamela Mitchell, executive director of the LPA. “He has been the advertising committee chairman forever. He was always able to see the bigger picture.

“His retirement will be a tremendous loss for us,” Mitchell said.

“Will has been a friend to many in the newspaper business in Louisiana,” said Garland Foreman, publisher of the Bunkie Record and president of the state press association. “He has had helpful insights that have helped all the newspapers through the years. He is a trusted champion of public records and journalism in Louisiana.”

Chapman is clear that one of the things that kept him at The Daily Iberian all these years is the sense of family he felt within Wick Communications.

“The Wick family and the Wick company have been great to me and my family,” he said. “They took a chance on making me the publisher of what was then their largest property.”

Chapman is esteemed across the company as a man of great integrity who is both a stickler for detail and someone who can see the big picture. As a group publisher, he provided leadership at various times for 13 newspapers in five states and recruited several current publishers and executives to the company.

“It was great to work with so many good people at the Wick office and at Wick newspapers around the country,” he said. “It was interesting how I was supposed to go into these papers and try to help them, but how routinely while I was there I’d fill up my notebook with good ideas I wanted to put to use in my own paper.”

First and foremost, Chapman is a journalist. He has written more than 3,000 columns for the newspaper over the years and a like number of editorials. He notes that his newspaper has taken a stand on numerous important public issues.

“The Wick family and the company have always been willing to fight for the public’s right to know and to defend issues important to a free press,” he said. “We had a few legal squabbles over the years and there was no hesitation that the company was going to defend the principles it thought important.”

More often, The Daily Iberian has been engaged in the daily business of making New Iberia a better place. It has long given a Citizen of the Year award to a deserving local resident. It organizes a giving campaign each holiday season. And Chapman remembers learning years ago that there was no local harvesting mechanism in local hospitals to aid people who wished to give life by donating organs. The Daily Iberian involved local hospital administrators in a campaign to change that and held public meetings to encourage more donation.

“I’ll never forget the man who stood up and announced, ‘I’m here because someone signed up to be an organ donor,’” Chapman recalled.

Those are the moments Chapman says he remembers most.

“Sure, we have plenty of things that can aggravate someone, but it sure seems like the compliments and ‘thank you’ calls outnumber the complaints,” he said.