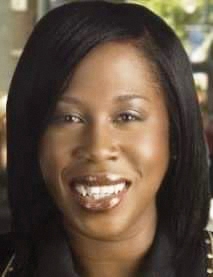 • ‘I knew Montrose was the place for me,’ Maddox says

The wait is over, as the Montrose Daily Press has a new publisher.

Tonya Maddox joined the multimedia organization in the role. Wick Communications is the parent company of the MDP, and its CEO, Francis Wick, announced the hiring recently.

“Tonya brings an excitement and enthusiasm to the role of publisher that reflects similarities of the community: High energy, boundless opportunities, and a drive to see those around her excel,” said Wick, who was once publisher of the Montrose Press.

Maddox brings with her almost two decades of experience in newspapers and magazines, having worked in five states. She most recently served a Gatehouse Media region that included community newspapers and shoppers in the Midwest.

“After one visit to Montrose and meeting the dynamic MDP staff and several community leaders, I knew Montrose was the place for me and my family,” Maddox said. “The passion surrounding all things Montrose when meeting everyone was contagious. I wanted to be a part of the growth here.”

When Maddox isn’t working she enjoys spending time with her family, which includes her husband, Travis, and 4-year-old son Preston.

“(It’s) never a dull moment with those boys,” she said. “Time is something I never have enough of, but don’t be surprised to see our little family of three taking fun walks, (ok, really skipping and running), in our neighborhood, hiking, bowling or playing tennis.”

Maddox will be at the helm of the MDP management team, which is composed of Managing Editor Matt Lindberg, Business Manager Richard Seiferd, Press Manager Denny Haulman and Circulation Manager Ian Jameson. Today, she takes over the role previously held by Vincent Laboy, who resigned in November 2016.

Wick said Maddox was the perfect fit for the job.

“Her background as a publisher and marketing leader will bring a renewed sense of community engagement to the Press, and complement the employees who work hard to inform and improve the community they serve,” he said.

Maddox said she was eager to get started at the Press and more familiar with the community.

“I am driven by the belief that if you give more than you receive and more than is expected, you will see individuals and whole communities achieve the impossible,” she said.