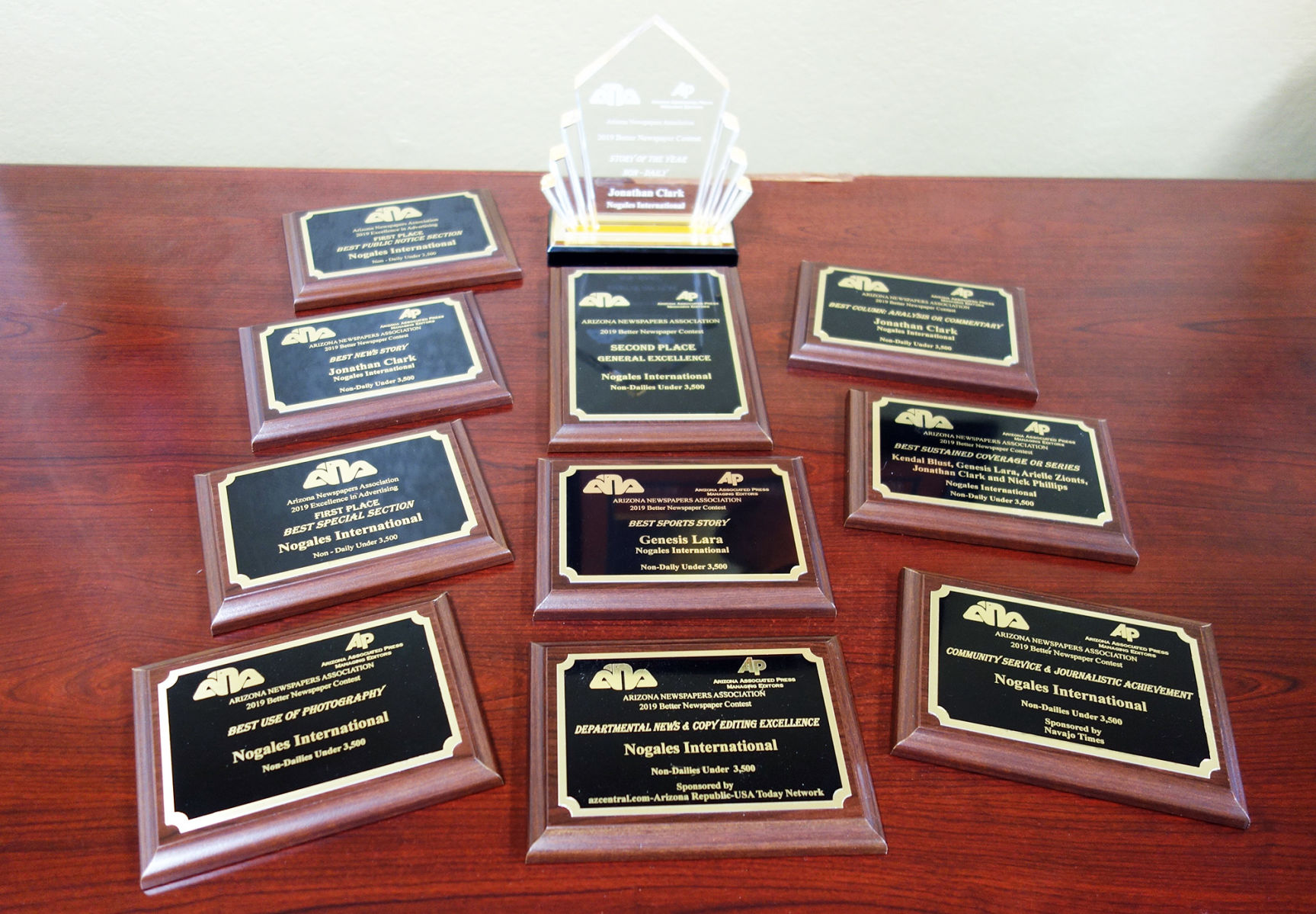 Some of the awards picked up by the Nogales International at the 2019 Arizona Newspapers Association convention last weekend in Chandler.

In all, the NI and its staffers won 10 first-place awards, the Story of the Year prize for non-dailies and second place among papers its size in General Excellence, which recognizes a newspaper’s work in both news and advertising.

In the ANA’s Better Newspapers Contest, the NI newsroom collectively won first-place prizes in the categories of Departmental News and Copywriting Excellence; Best Use of Photography; and Community Service/Journalistic Achievement.

In the individual categories for small, non-daily papers, NI newsroom staffers present and past won the following prizes for stories published during the contest period, which ran from May 1, 2018 to April 30, 2019:

NI staffers won the following awards in the ANA’s Excellence in Advertising contest: