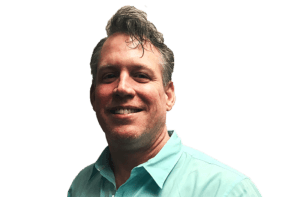 Sean Fitzpatrick returned to a leadership role within Wick Communications in March of 2018 and took on the newly created executive role as director of digital for the company.

Fitzpatrick is no stranger to the industry. He is a digital journalist and sales pioneer, migrating from his roots as a reporter in The Arizona Daily Star newsroom to helping it launch one of the first newspaper websites in the country in 1995.

At The Star, he led a team of writers, designers, and programmers in some of the first digital journalism experiments and worked with advertisers to create native advertising campaigns before that strategy had a name.

In his most recent media leadership role, as director of digital media for KOLD 13’s TucsonNewsNow.com, Fitzpatrick grew KOLD’s Facebook audience from last to first in the market, created original social and native advertising initiatives, and led the newsroom to its first regional Edward R. Murrow Award for best website.

Fitzpatrick has also held marketing technology leadership positions within the academic/science community at the Flandrau Science Center (University of Arizona) and the hospitality industry (Canyon Ranch). He has most recently been working as a user experience consultant and has designed and conducted hundreds of usability tests for clients across all industries.

Daily Journal Media and staff were recognized for multiple accomplishments with 17 awards at the 2021-22 Minnesota Newspaper Association Better Newspaper Contest Awards, on Jan. 26, at the 2023 MNA Convention & Trade Show in Brooklyn Park.

Lake Havasu City-based River City Newspapers will acquire the Mohave Valley Daily News and the Kingman Miner in a move that strengthens the company’s holdings in Mohave County and Northwestern Arizona. The company is acquiring [...]