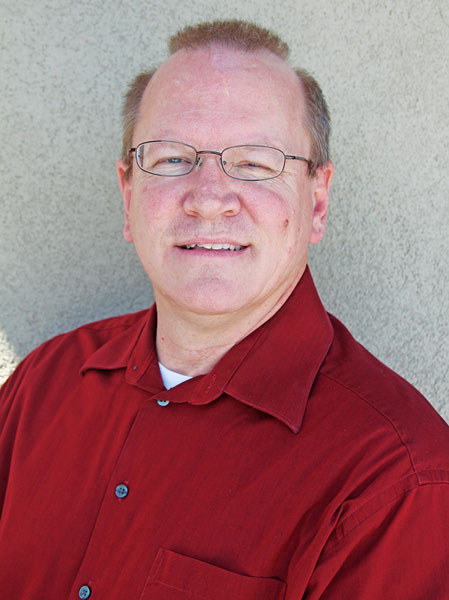 Dan Shearer is Editorial Director for Wick Communications. He comes alongside editors at Wick’s nearly 30 newspapers to strengthen newsrooms through strong content, sharing best practices, reviewing and developing strategies, and keeping on top of industry changes. The goal is stronger community newspapers and stronger communities. Dan also is editor of the Green Valley News and Sahuarita Sun in Arizona.

He is a graduate of the University of Arizona, has taught journalism on the college level and has been a presenter at the Arizona Newspapers Association convention and at several other venues. He has 10 years’ experience in copy editing and page design, won a McCormick Foundation symposium fellowship in Chicago, and attended a fellowship at Stanford University. But he believes the best training is sitting in the editor’s chair at a community newspaper.

His first newsroom job was as a summer intern at the Abilene Reporter-News in Texas. After college, he was hired as a reporter/copy editor at the Palm Springs Desert Sun in California. He then went to work for The Arizona Republic, where he was a senior editor before coming to Green Valley.

Dan was born in Germany into a military family with roots in Minnesota. He moved to Arizona at age 8, and grew up in Mesa. He and his wife, Carol, have three children.

Daily Journal Media and staff were recognized for multiple accomplishments with 17 awards at the 2021-22 Minnesota Newspaper Association Better Newspaper Contest Awards, on Jan. 26, at the 2023 MNA Convention & Trade Show in Brooklyn Park.

Lake Havasu City-based River City Newspapers will acquire the Mohave Valley Daily News and the Kingman Miner in a move that strengthens the company’s holdings in Mohave County and Northwestern Arizona. The company is acquiring [...]