Previous Next
Sean Flaherty named publisher at The Wenatchee World 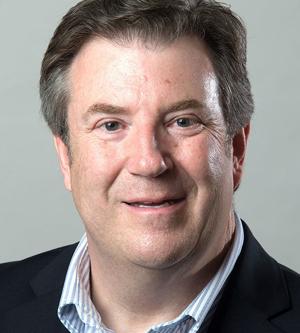 WENATCHEE — Sean Flaherty has been named publisher of The Wenatchee World.

Flaherty, 56, has been serving as the paper’s general manager since June 2019. He joined the operation as advertising director in April 2018.

The announcement of Flaherty’s new role was made Friday by Francis Wick, president and CEO of Arizona-based Wick Communications, which purchased the newspaper from the Woods family in 2018. The company owns 27 newspapers and 18 specialty publications in 11 states.

“Flaherty is a longtime newspaperman, with a family history tied to journalism, he is knowledgeable and committed to the foundations of community journalism and is energized by the opportunities transformation provides within the news industry,” Wick said. “He, and The World staff, will continue to serve in a manner that is reflective of past publishers, and though each chapter of The World is different, the mission is still to provide local professional journalism and help lead the community in a responsible manner.”

Flaherty said the duties and responsibilities of the general manager and publisher are similar.

“The publisher is the standard bearer of the paper in the community,” he said. “I am excited to lead The Wenatchee World in this time of great transformation in the news media industry.

People have many choices in which media they consume. These days especially, they need trusted, professional journalists reporting their local news. No organization in North Central Washington does this better than The Wenatchee World.”

He will handle both the general manager and publisher duties.

In addition to The World’s print and online newspaper, the company publishes two weekly newspapers, several periodicals and owns and operates a printing press in Wenatchee.

“I’m pleased that Sean Flaherty is the new publisher at The Wenatchee World,” said Rufus Woods, who served as publisher from 1997 until the sale in 2018, and who has remained on staff as a columnist and involved in the community. “Sean is a class act, someone who cares deeply about the community as a whole and is committed to the success of our local business community. I couldn’t be happier for Sean and the staff.”

Flaherty moved to Wenatchee from the Tri-Cities. He grew up on the west side of the mountains. His father and grandfather ran community newspapers in the Seattle area.

“My grandfather was the classic bow-tied editor and publisher of the newspapers he started in the 1920s; The Beacon Hill News and The South District Journal,” he said. “My father took on more of a business leadership role, starting or acquiring other community newspapers until he sold them in 1990. I have an immense amount of respect for the important role that newspapers have in their communities. I grew up and saw that leadership first hand.”

He and his wife, Wendy, have three adult children. Two of them live in the Seattle area and one lives in the Baltimore/D.C. area.

“I love what we do,” Flaherty said. “I am honored to be part of this great team at The World and also humbled with the trust and expectations placed on us to uphold this great paper’s role in the community.”